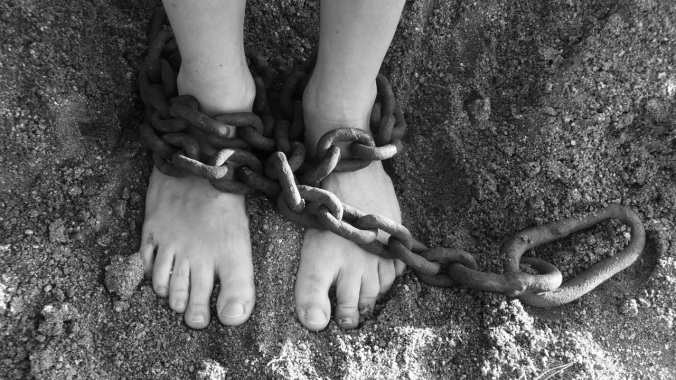 His feet were hurt with fetters, his neck was put in a collar of iron; until what he had said came to pass, the word of the Lord kept testing him. Psalm 105:18-19 NRSV

Most of us, at some point, have an idea of how we want life to go. And then life happens, and it can quickly take us in directions we didn’t expect – or want. Our plans and designs can quickly go sideways.

Joseph knew about life going sideways. He dreamt of serving his people, and for having that dream he was betrayed by his own brothers, thrown into a pit, left for dead, then drug out and sold into slavery.

Joseph languished in slavery before rising to a good position with Potiphar – only to be again betrayed and thrown into prison under a false charge of coveting his master’s wife.

Eventually Joseph not only elevated himself, but saved his family, saved all of Israel, and all that would play out in the events leading up to the arrival of Christ in Jesus. (See Genesis 37-45 for Joseph’s story)

How easy would it have been for Joseph to lose faith along the way, to harden his heart to God’s love in the midst of his fettered suffering? Joseph’s strength, his glory, lies in the fact he did not lose faith. That’s the test Joseph passed, as he waited for the events he foresaw in his dream to become reality.

But, this test was not thrown at Joseph by a capricious god. Joseph’s test was of Joseph’s making, the test of which would win out in his heart: his human desire to embrace self-pity, anger, and revenge; or his passion for the love of and trust in our benevolent, all-loving God – the God who stayed by Joseph’s side in the pit, in prison, and in the depths of betrayal.

We all end up in a pit now and then – of our own making, or of others. What direction this life takes from there depends not on the shape and depth of the pit, but on how well we keep God’s word before us, and trust in God’s ever-present love.

Lord, when we face the challenges of this life, give us the strength and courage to hold onto your word, to trust in your ways, and to open our hearts to and embrace your all-conquering love. Amen.

One thought on “Passing the test”